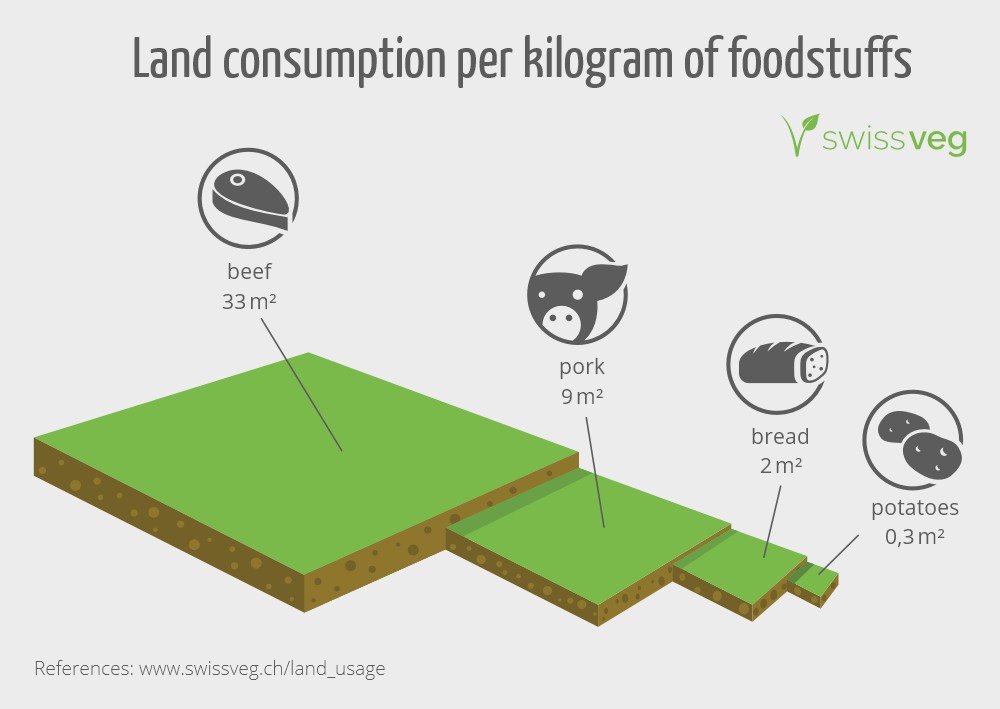 More than 70% of the Swiss agricultural land is used for animal feed. At least half of the area used could easily be grown vegetables, fruits or cereals.

On the area of a property needed to produce one kilo of meat 200 kg of tomatoes or 160 kg of potatoes could be harvested during the same period. This immense land consumption is mainly due to feed production: in Switzerland, nearly three-quarters of the agricultural land is devoted to animal feed. To produce 1 kg of meat, 7-16 kg of grain or soybeans are needed. When "converting" grain into meat, among other things 90% protein, 99% carbohydrates and 100% fibers are lost. 57% of Swiss grain are fed to animals (1990).

Following this table, the ratio between steak and carrot can be calulated on the same piece of land.