«Every crisis can be an opportunity! ...»

On the 21st of May 2008, Felix Hnat and nine other individuals were arrested in a more than dubious operation and subsequently imprisoned until the 2nd of September without receiving any details about their indictment. In Austria itself (even the members of the Austrian embassies in many countries were embarrassed!) as well as in many parts of the world there was growing outrage at this legal scandal, which by no means subsided after the liberation of the ten activists.

Many people have still not digested the shock that such cloak-and-dagger operations could occur in Austria of all places, where just as in foul days past, doors were kicked in, people were thrown out of their beds and threatened with weapons. How did your arrest play out?

I wake up at 6 a.m. on May 21, 2008. I hear screams: "Police, open up immediately!" I don't know what has happened and I consider it could be a misunderstanding or a neighborhood incident. Still not fully awake, I go to the door and ask what is going on. "Police, open up immediately!" I answer "yes" and walk towards the door with the key. Suddenly there is a crack and shards of glass as well as half a door fly towards me. Masked, armed WEGA officers storm in. I am completely taken by surprise and amazed. Shortly afterwards, I am informed about my arrest. I am slowly starting to wake up ...

Would you have expected such a brutal approach by the Austrian legal system?

I recognize scenes like this from action films. Up until now I thought something like this only affects armed and dangerous violent criminals. But in the past few months my trust in the judicial system has vanished.

Many tourists who loved Austria and visited regularly will no longer come because the legal uncertainty has become too great for them. Would you like to comment on this development?

I can understand that! However, appalling conditions also exist in other countries. Human rights are hardly respected around the world. Whoever has power uses it; whoever has money exerts influence. Even against animal rights activists, disproportionate repression persists. In the US, six activists are serving three to seven years for running a website (www.shac7.com). More and more laws against animal rights activism are being passed in England, the US and other European countries.

How was your life in prison? Who of your companions in misfortune did you have personal contact with? How did the fellow inmates behave towards you? Did you receive adequate provisions? Did you get a lot of mail?

I had absolutely no contact with the other nine. Sometimes I saw Elmar, who was also in Eisenstadt, walking past the corridor: "separation of accomplices". I kept hearing from my lawyer how the others were doing. For example, I often asked about Martin's health. I only had positive experiences with fellow inmates; there were never any any problems. Many of them had bad experiences with the judicial system. Most knew who I was and why I was in prison. They kept asking about new developments. I was very satisfied with the food. It got better and better over time. I only supplemented B12 fizzy tablets in addition. I received the vegan version of regular food as well as fruit every day, sometimes even soy meat. Some of my cell mates even envied me. Eisenstadt, however, was a stroke of luck. Others of the “Austrian 10” were not so lucky.
I received an incredible amount of mail, even from countries like Singapore, Japan or from public figures like Peter Singer, Ingrid Newkirk ... the solidarity was enormous. I am positively moved by the actual extent. The only thing that encourages me even more is the fact that we (animal rights and veg organizations) were not discouraged and are more active than ever.

Were you able to continue working for the vegan society, even if only to a greatly limited extent?

Honestly, no. Due to the communication problems with the outside world and because of my isolation from the outside world, it was not possible for me to contribute anything constructive. I was not able to influence decisions.
The work of the VGÖ is still severely impaired. Computer, database, all files and accounting were “confiscated”. This causes far more serious consequences than my absence.
On the bright side, even during my absence, work went on as well as possible and even my duties were fulfilled. The other board members as well as new and old activists filled the gap and endured sacrifices. I find it very reassuring that such capable, intelligent and motivated people have spoken up so greatly.

We received reports that you had been informed of the growing solicitousness in so many countries. As bewilderment (mildly put) at the Austrian legal system grew, so did the admiration for you TEN. Many people already consider you heroes today! Are you aware?

It is astonishing. I actually get letters in which people write that we are heroes to them. Some also see us as martyrs. It is in fact true that we in Austria are dealing with a new situation, a previously unimaginable level of anti-animal rights repression. We are indeed in a historical position and the outcome of this "affair" will be decisive for the protection of fundamental rights and a functioning civil society in the future.
Still, I am certainly not a hero. I have done nothing different to hundreds of thousands of other people around the world. They all sacrifice their time and energy to make the world a better place, are active in veg or animal rights groups, wish to question the animal-human relationship or to build something else constructive. If I am a hero, so is everyone else who considers themselves part of this movement. The only difference is that I became a victim of police arbitrariness. And I am but one of many.

Due to the shocking legal case, all affected organizations, including the Vegan Society Austria and the VGT, have become internationally known, if not famous. You are listened to. You have a powerful influence now. What would you like to say to all those who are so clearly invested in your mission?

I reckon it is important to emphasize that this case in Austria is not an isolated exception (although certain unfortunate factors were certainly linked in this case). Rather, it is an international trend that has already progressed much further in England or the US. Nationally and in many other countries everything is developing in this direction. Soon laws such as the Animal Enterprise Protection Act, under which legal activities such as demos or the distribution of flyers are threatened with jail time as soon as an animal exploitation company suffers financial losses, will also begin to exist outside the United States. Power inequity is shifting more and more towards the economy in contrast to the NGO sector. On an even larger scale, attempts are being made around the world to restrict fundamental rights and political activities under the pretext of fighting a “war on terror”. The economy generally tries to get rid of certain problems, such as annoying animal rights activists, by using politics. In the same way wars are strategically waged over oil or political influence.

The media reported very positively about the International Vegetarian Congress in Dresden, where your fate was one of the most important subjects. Even journalists who were fond of ridiculing vegetarianism wrote respectful articles about the convention and our way of life. Do you think that after all the health problems surrounding meat, animal diseases, climate change, and cruelty exposures, the public has become more vegetarian-friendly?

I think we are facing a paradigm shift that has always gripped larger parts of society. Animal rights and vegetarianism/veganism are becoming more socially acceptable. All of us working towards these goals are observing more and more reports from politics, science and the media that something is changing. The world congress reflected current trends. That is why I am optimistic.

What is the situation like in Austria? How many vegetarians/vegans are there currently in your country? Is the supply of vegetarian/vegan food sufficient? Has the European V-Label been introduced well?

Austria is a very vegetarian/vegan-friendly country. According to the EU Eurobarometer 2003, there are 3% vegetarians. The supply of vegetarian/vegan food is becoming better. The selection of products is growing bigger, the prices smaller. There are some products marked with the V-label, e.g. at Merkur supermarket. However, it should be more. I consider the further spread of the labeling of vegetarian/vegan products to be vital for the future and therefore wish to continue campaigning for it.

The desire to help you is enormous. Has this extraordinary international solidarity helped you to endure everyday life a little easier during recent, dreadful months?

The solidarity, sympathy and public interest can be very constructive. Acquiring vegan meals was also improved thanks to outside groups. We even got newspapers etc. sent in. The most important thing for me, however, was that the work continued. It is inconceivable that we should all lose motivation or be intimidated. Just keep on going! In fact, I think we will all be completer and more determined than ever. And perhaps the public can even be sensitized to the need of defending themselves against repression by civil society.

One last question: Unfortunately, your fate proves that despotism is not a problem of the past, but that anyone could become a victim of it tomorrow. What do you recommend to those who, like you, find themselves exposed to prolonged detention without any clear cause of charge?

I believe everyone should know that the police and judiciary act in the interests of business. Animal protection laws, on the other hand, are not or hardly ever implemented. In our trial, the police intentionally distorted statements and removed them from their meaning. Translations were made incorrectly. People who are individually affected by a similar fate should not cooperate with the police, but only talk to their lawyer in order to prevent abuse of power. Do not be discouraged. In the cell, it helps to talk to others, do sports and read. It can be exceedingly difficult to be separated from loved ones but love and solidarity are stronger than walls. Every crisis can be an opportunity!

Felix, after this nightmare, we wish you and the others a swift return to normality so you can resume your work. As an example of all the good wishes we cite an e-mail that EVANA received for you during your imprisonment: «Many of us want to tell you that we love you, that we respect you, that we care about you, that we think about you every day and that you are our ten HEROES."

Thank you! Your commitment gives me strength. I am more motivated than ever! (even if I'm not a hero). ;-) 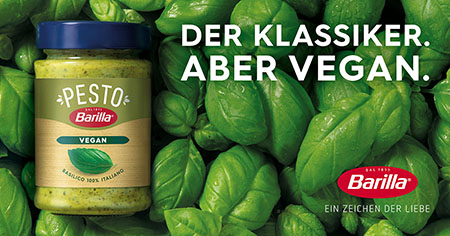