Not a single animal slaughtered for meat consumption reaches even one-sixth of its natural life expectancy. Almost all are killed, even before they are fully grown.

A pig would e.g. live 50 times longer if it were not carried off to the slaughterhouse after only 5 months (actually as a big piglet). However, since every pork comes from such young animals, it is not sold as a piglet meat, because then there would be no more pork.

These numbers make you think. They point out that the animals have almost their entire lives ahead of them when they are killed in order to process their bodies into food. The often heard remedy against the bad conscience, that one must give the slaughter animals only a good life and then they could kill and eat with a clear conscience, is only an illusion.

The natural lifespan of today's farm animals is often not even known to animal owners.
Therefore, we have done our own research and asked life-courtyards, for example, that do not kill their animals prematurely. This resulted in the above table. As with humans is also with the animals the natural age is not an exact value but rather an estimate or an average which, of course, does not apply to every single animal.

The above diagram can be ordered for free from Swissveg as A6-card (also in larger quantities). 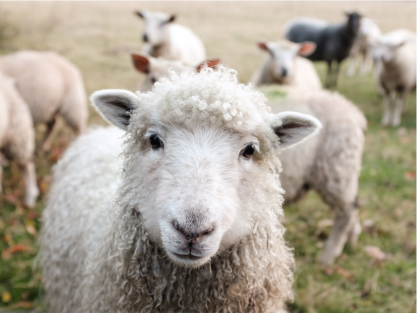